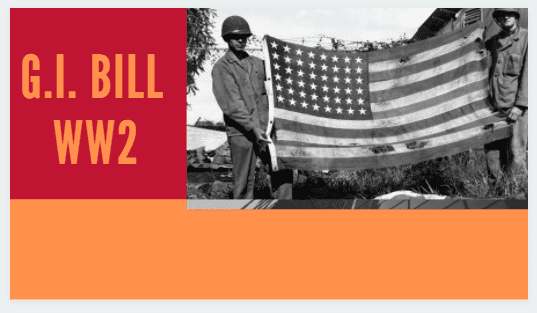 In the Servicemen’s Readjustment Act 1944 this bill was created. the main purpose of this bill was to help the world war 2 veterans. For the helping of veterans of world war 2, hospitals established and make the level of the mortgage at a low level of interest. At that time grated stipend for veterans to cover the tuition of the dependent. GI Bill’s main purpose was to help the war veterans and favour the soldiers who come back from the war. more than 8 million soldiers were sent to school in time from 1945 to 1956. Veterans got the home loan, unemployment benefits, and medical care through GI Bill.

GI Bill WW2 ended on July 25, 1956. In world war 2 there were 16 million veterans among which 7.8 million veterans participated in education as well as in training programs. Veterans who return from world war 2 got many benefits which are low-interest loans, low-cost mortgages, 1-year compensation of unemployment, living expenses for education, and tuition benefits to attending schools and colleges.